I had been working as an Academic Technical Assistant at Clark University’s Academic Technology Services since freshman year. From freshman year to junior year my job consisted of creating written and video documentation on software we provided support for, as well as assisting students and professors with that software.

Starting my senior year I took on a programming role where I completely refactored and rewrote the Clark University Classroom Viewer using Ruby on Rails. You can view the application here, and you can view the about page here.

I performed the reimplementation in 2017. The application was reworked again in 2019. The screenshots within this post reflect the previous version of the application.

The application is intended to be used by faculty and students who need to find a room that fits their needs. When you go to the application you’ll be provided with a list of buildings.

Here is the front facing page.

Each building has several rooms and each room has a section for tools, functionalities, software, and resources (i.e. metadata). Example tools include “DVD Player” or “Wifi”, example functionalities include “Show DVD Content” or “Show VHS Content”, example software include “Windows 7” or “7-Zip”, and example resources include either PDFs that instruct the user on how to use something in the room, like the projector, or links that provide more information.

And here is a screenshot of a single classroom, BP 326. 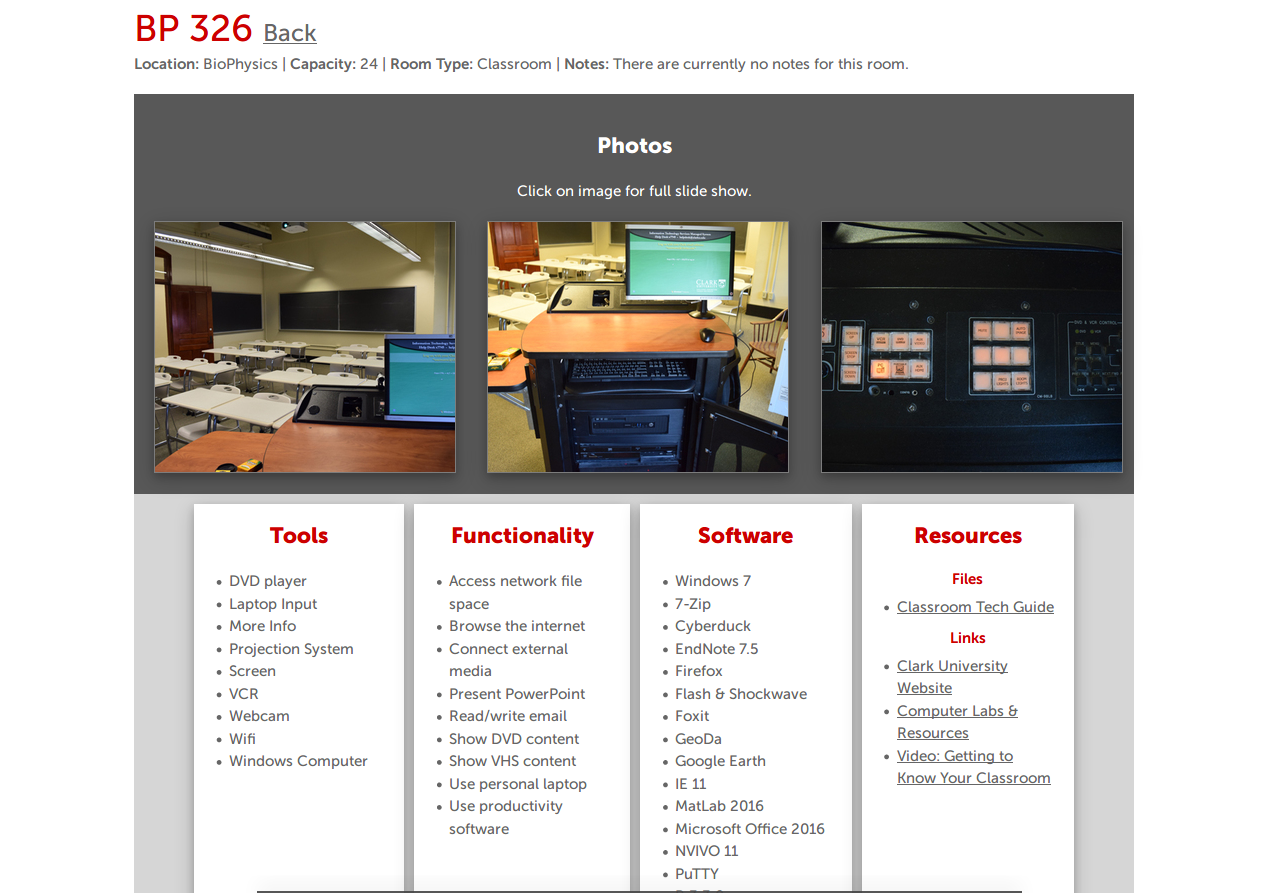 I completely rewrote and refactored the application from ColdFusion to Ruby on Rails.

I improved upon the application by:

It was made with:

The old application worked well. An administrator was able to create a new building or a new room, and assign metadata to that room. That being said, the old application had two major problems that required a rework.

I created an interface to make adding metadata easier, and to prevent mistakes that come with entering data in manually.

Moving from ColdFusion to Rails

The old application and the old Clark University website was made in Cold Fusion.